I have been working on an embroidery for like for ever. One of those embroideries that you have laying on the side, to work on between other projects. My plan was to make a hairnet for myself, inspired by a net worn by Katharina von Bora in a painting by Lucas Cranach the older. Or as it says in the portrait, Kattarina Lutterin, as her name would have been after marrying Martin Luther. 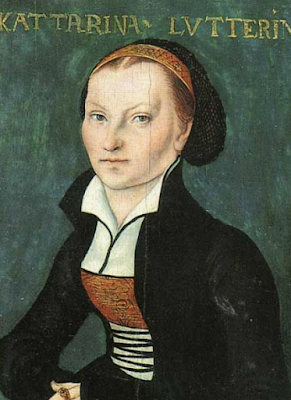 This type of hairnet with an embroidered band at the front can also be seen in this picture, Portrait of a woman by Hans Cranach. 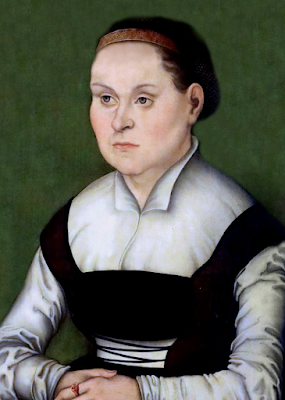 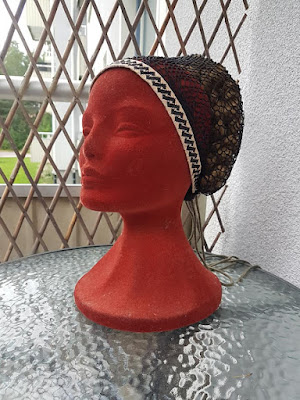 I choose a pattern from the book German Renaissance patterns for embroidery, a facsimile copy of Nicolas Bassée´s New Modelbuch of 1568. 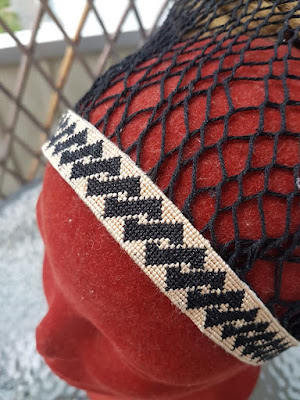 The embroidery is made with cross stitch in golden and black silk on a linen fabric. The net is made with the sprang technique, also in silk.

Both their net consist of a golden background with a black thin pattern. A pattern that is clearly renaissance to its form with its thin flowey lines. And my pattern is a late gothic one, I know, a bit older than the pattern for both nets in the paintings. But I liked it, so I made it anyway. 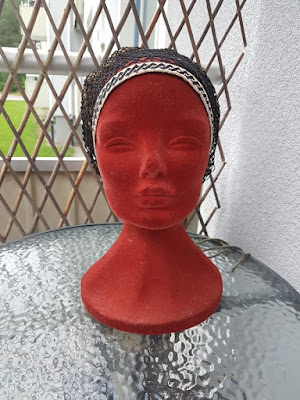 Both women use their nets without any padding. I wont, my headshape does not work well with nets used with only my hair. And therefore I used padding on my doll too. During this period in time women where for the first time allowed to show some hair and the hairline is clearly visible in both paintings. I have bangs and therefore not able to use mine as far back as they do. But I will try different ways to wear my hair, during the medievalweek next week. Picture of me in it will come after next week. I was a bit to eager to get it done in time for medievalweek so I made the net a bit to loose compared to the ones in the paintings. It is usable but I might make a new one when I get home...or not. I might just make another one. That would be typical me.