A one year anniversary

Today was the day, but one year ago. The day when I publiched the article on my embroidered haube. A year has past, and almost no one have seen it. To me it does not feel new anymore. But that might change when I have a chance to wear it in public for the first time. 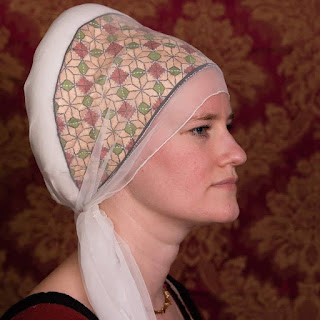 The haube was a project within a project so to speak. The society of the golden egg is a challenge household for the arts and sciences in the Kingdom of Drachenwald, within the Society for Creative Anachronism. The aim of the Society of the Golden Egg is to encourage artisans to increase their knowledge and skills through continuous challenges of at least intermediate difficulty, but which are a personal challenge to the person seeking to join the society. Challengers normally have up to one year to complete their challenge.
My challenge was to recreate a german 16th century embroidered haube, from 1510-15.
The plan was to report on the project in mars 2020. But when corona came you all know what happened. But to be fair, I didnt do it to be approved to the society of the golden egg, that was just the framework. I did it to challenge myself. I did it because I love the painting its from, Portrait of a woman by Berhard Strigel. The golden egg gave me a chance to do all this, to challenge myself. To start dreaming of what project I could do. But of course, I wanted to show it of when it was done. Of course I did. Im proud of it.
To read more about the project and the making of it, look here. 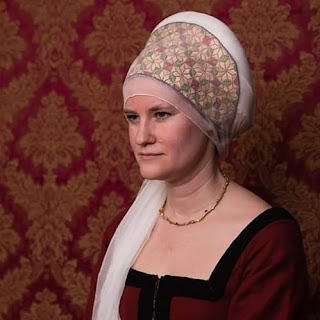 But there has been fun things happening during this period of plague. The haube have been in a magasin. That was an honour. A magasin about handicrafts, called Hemslöjd. 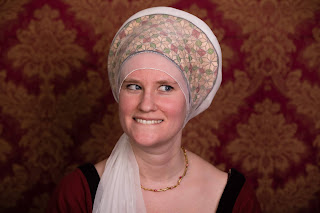 And one day soon, we will all meet again and the haube will be used, a lot!
Happy one year anniversary! Maybe I should have worn it today...