Some thought about male hairnets

I have been working on my sprang hairnets. For the first time I have tried to work with silk instead on linen. The extant finds of hairnets are in silk. So, that semse like the natural choise. I started working with the Lengbergfinds and they are in linen, so for me it was natural to keep on working in linen. But to change the material to silk was kind of the next step in the process. The female nets worked fine in silk. They are soft and follow the shape of the head and wulst beautifully. But then I tried to make the male hairnet in silk too. And Im not satisfied with the results.

Here are my second male hairnet. Its made in linen with a wool binding in wool and a fingerloop braid in linen. 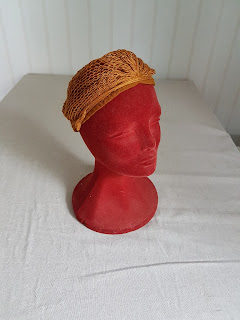 You see the pointy shape that are so typical for German male hairnets seen in paintings from the 16th century. With the eye in the center. 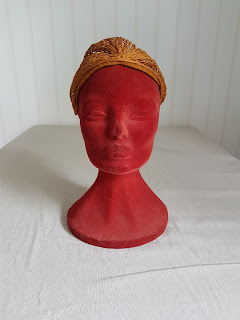 That it gets this shape on its own. No padding needed to make this shape. 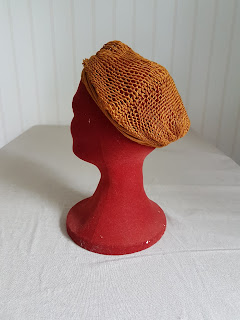 And it appear both in the front and at the back.
And here is my first attempt of a male hairnet in silk. In my opinion, the silk is too soft. It does not get the pointy shape Im after. It will probably look right on the top of the head of someone dressed in 16th century clothing, but...not what I had in mind while working on it. 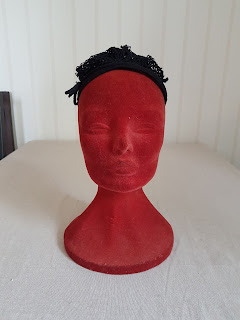 This net is in silk with a wool binding and a fingerloop braid in silk.
Here we see a hint of the ponity shape, but it is not as clear as in the linen one. 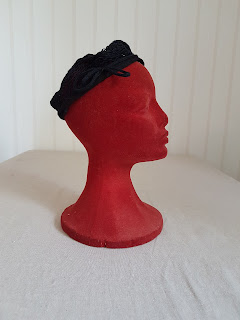 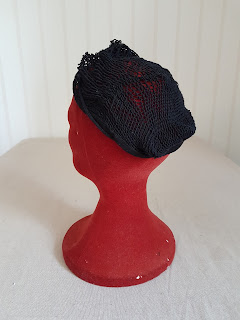 Its alright. It is a fully functional hairnet made in the material the extant finds are made of. Just not exactly what I wanted... 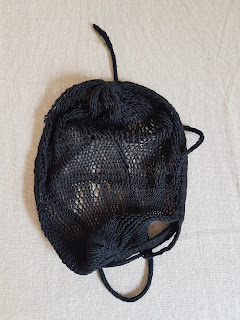 So, is it wrong to keep working in a material that is not among the extant finds? No, I dont think so. It looks totally right with the linen sprang nets. And hairnets were seen on all kinds of people, from the rich to the soldiers and executioners. And all of them could probably not afford silk. So I will keep working in linen for the male nets. When it comes to the female versions I think I will keep working in both, depending on what I have at home.